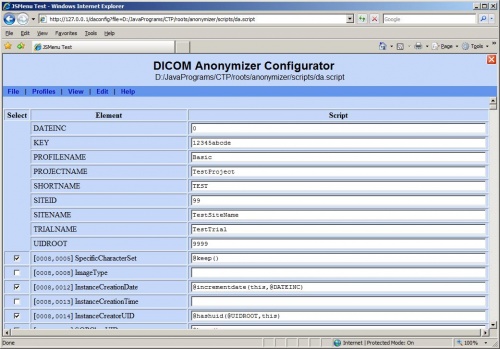 Items can be enabled by checking the box in the Select column. Items can be modified by changing the text in the script column.