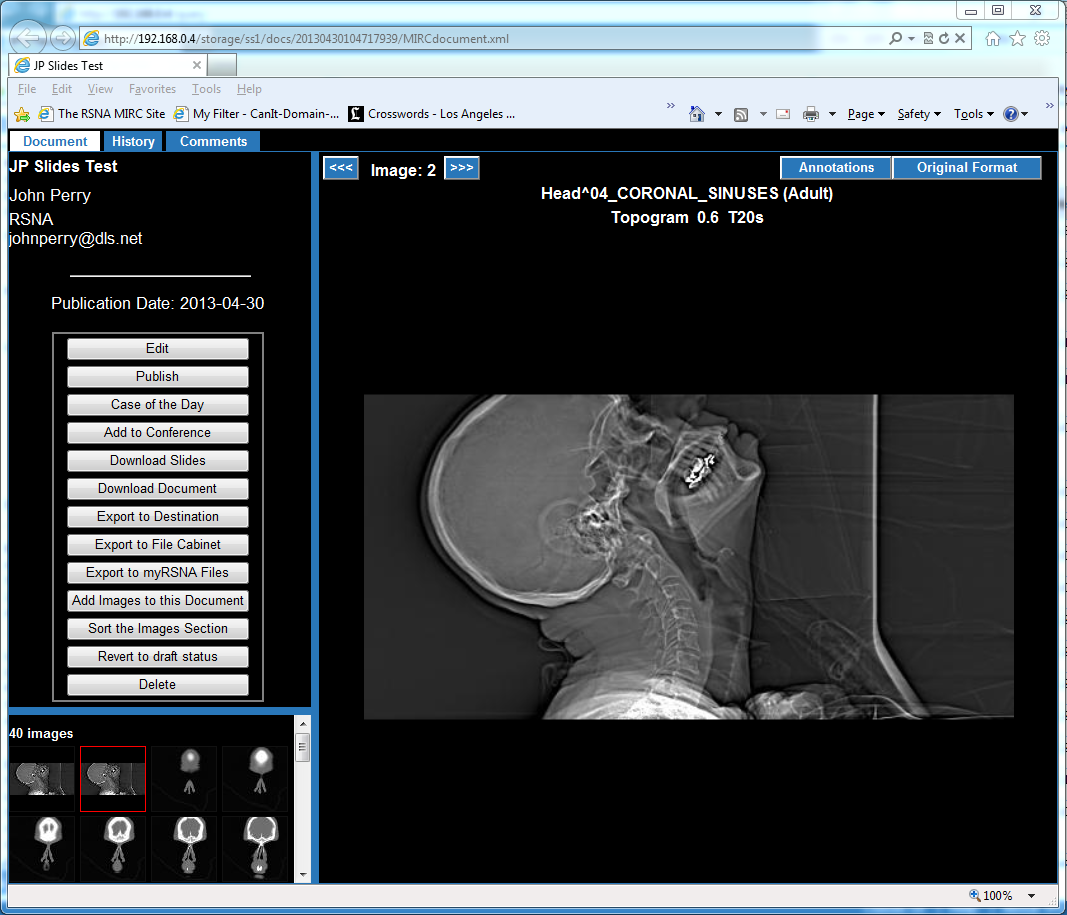 Note: While the automatic MIRCdocument generation functions (e.g., the DICOM Service) automatically sort images by study, series, acquisition, and image, an author can manually place images in a MIRCdocument in any order. If images from multiple series are interleaved in a MIRCdocument, the series navigation functions will behave as if each change is a new series. For example, if there are two series, A and B, and images are ordered AAAABBBBAAAABBBB, the RIGHT ARROW and LEFT ARROW keys are constrained to contiguous images of the same series, and the UP ARROW and DOWN ARROW keys jump to the previous or next contiguous sequence that differs from the current series. Similarly, the HOME and END keys work only within contiguous images of the same series. To manually sort the images in the document, an author can click the Sort the Images Section button in the Document section.

When a large image is added to a MIRCdocument (defined to be one that is larger than the allocated width of the right pane), two browser-viewable images are created, one that fits conveniently in the right pane and one with the original image dimensions. When the image is displayed, an Original Size button appears at the top of the right pane. Clicking this button downloads the full-size image to the browser.